Nearly two years ago, the feminist website Jezebel came out with guns blazing at Alex Boyko, a local tattoo artist who, the site charged, was credibly accused by dozens of women of inappropriate sexual behavior. These acts ranged from lewd invitations to physical assault, and were made by numerous women, all via social media. 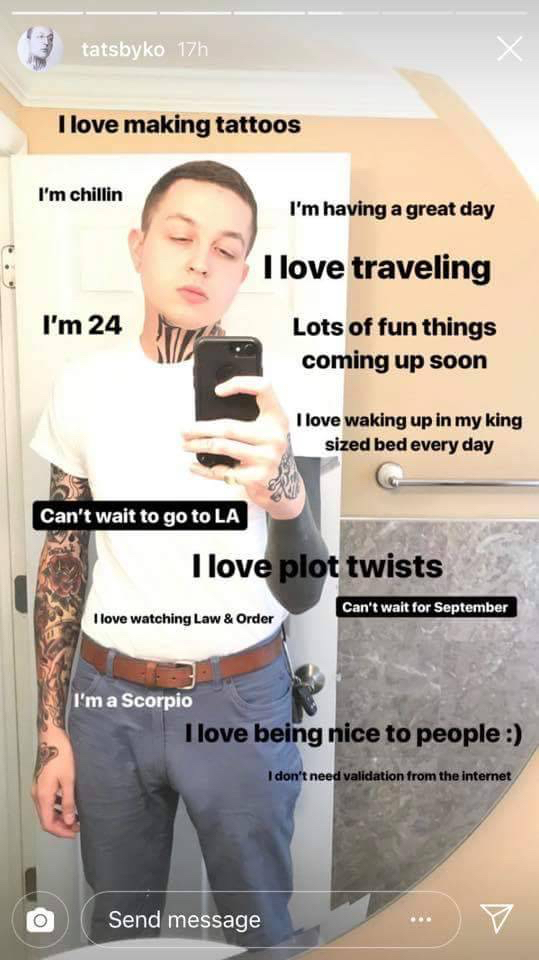 This week, Boyko, 26, was arrested by police in Plymouth on charges of fourth-degree criminal sexual conduct, the Wayne County Prosecutor's office said in a brief press release. "The victim in the case is now 24, of Redford Township. She has alleged that from April to June of 2015, the defendant had inappropriate sexual contact with her." No other information was offered.

Boyko is a popular artist who specializes in American traditional-style tattoos, and he’s worked or served as a guest artist in shops across the Midwest and in Los Angeles. Katie is one of dozens of women accusing him on social media of sexual misconduct ranging from harassment to assault, and one of many women across the country who are accusing men who tattooed them of sexual misconduct in the industry’s own version of a #MeToo moment.

A Tumblr page of anonymous, crowd-sourced accounts about Boyko’s behavior has over 100 text screenshots, all testimonials from women who allege he behaved in sexually violating ways with them. An activist who was alarmed by his alleged behavior and moved to collect more women’s stories estimates there are “at least 200" women who’ve come forward to make various claims.

Plymouth police did not immediately respond to requests for a booking photo.

Boyko has worked for various tattoo studios in the Detroit area, although some told him he was unwelcome to return after the Jezebel piece in January 2018.

As part of its reporting, the site posted a screenshot of a statement Boyko made in response to social media rumors. It read in part: