WDET reporter Eli Newman was curious about signs "scattered throughout Detroit like little breadcrumbs," so he followed "the clues all the way to the west side ... corner of Puritan and Normandy." 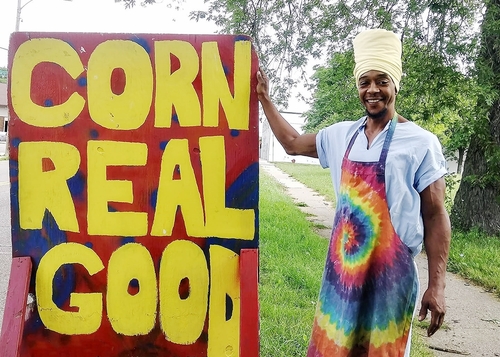 Orrin Fields: "I want to be the neighborhood icon." (Photo: Facebook)

The broadcaster talks with Orrin Fields, a fifth-generation Detroiter who graduated from Mumford High and attended the University of Detroit-Mercy. Calling himself the Corn Man, he began cooking in 2015 under tents in a vacant lot that the McNichols-Puritan-Lodge Community Council turned into a mini-park.

He makes elotes — grilled Mexican street corn on the cob with mayonnaise, cheese, lime and Flamin’ Hot Cheetos [dust] — as a service to neighborhoods that no one is serving. ...

In the early corn days, Fields says he would push a cart around with a grill on it. Now, he’s set up outside at this makeshift park. It’s a vacant lot, but the Corn Man made a good effort to breathe some life into it. He spray-painted little ears of corn onto wooden stumps nearby. He set up tiki torches for when it gets dark. He’s brought a generator to run his minifridge and he’s got an amp for music.

There’s a bunch of seating — bean bag chairs and colorful picnic tables adorned by plastic flowers and abstract sculptures that twist in the wind. 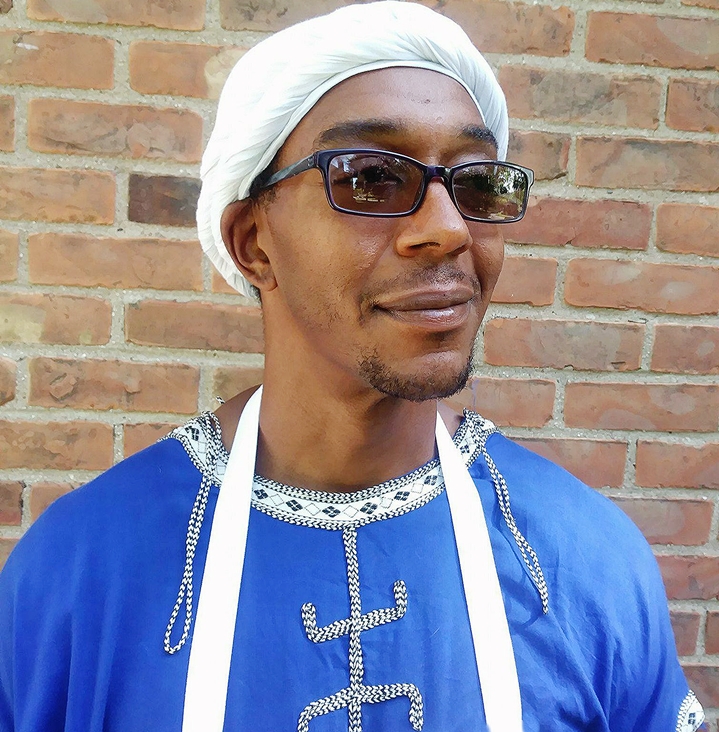 Police officers patrolling the Martin Park and Pilgrim Village neighborhoods are among the curbside customers.

Fields, who promotes his stand on Instagram, also offers sausages and tacos. "Nobody is serving the neighborhoods so I stepped out here," the resourceful street merchant tells Newman. "I want to be the neighborhood icon."