The loss of the Woodward Bar, known for its generous pours and family atmosphere, hits the Detroit LGBT community hard. The bar, in the 6000 block of the thoroughfare it's named for, burned Tuesday and looks like a total loss. 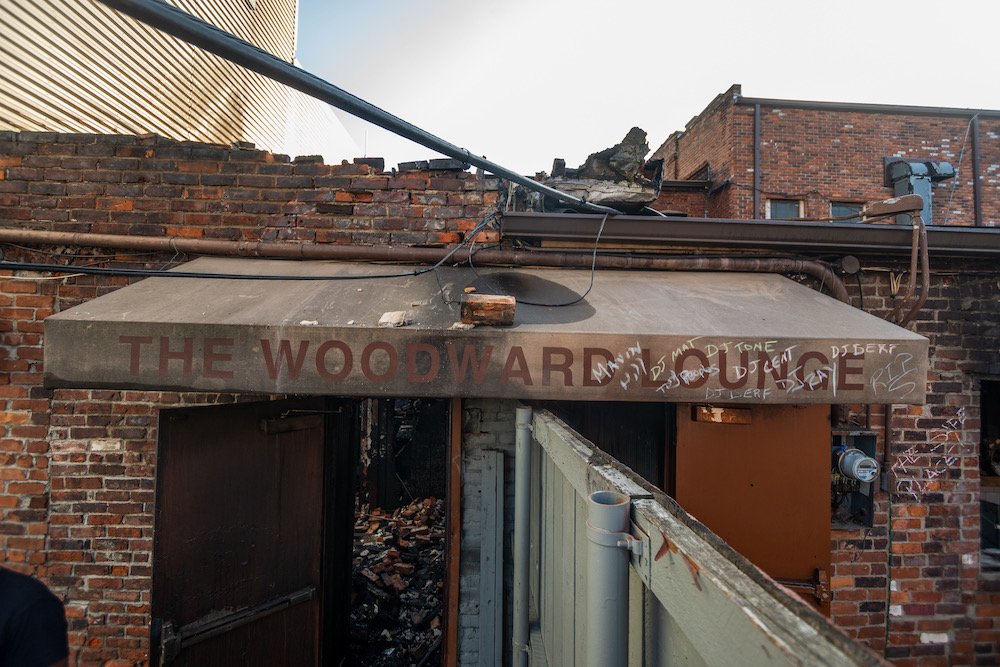 It was more than just a place to drink, the Free Press reports:

William Karagas opened the restaurant and bar in its current space in 1954.

Over time, it began to attract more and more gay patrons, said Tim Retzloff, assistant professor in the Center for Gender in Global Context at Michigan State University.

"It became a gay bar, in part because it sold mixed drinks," Retzloff said. "And the neighborhood around it had a notable gay population, near Wayne State ... something of an early gay neighborhood in the '50s, and those patrons liked cocktails."

William Karagas' brother, Andy Karagas, came out as gay a couple of years later and helped run the bar. Andy Karagas' presence helped other gay men know they were safe there, Retzloff said.

During the day, the Woodward was a lunch spot for General Motors office workers, when the corporation was housed there. At night, however, its identity changed as downtown emptied and a different sort of patron showed up. And in recent decades, as the city became increasingly Black, the Woodward was known as a place for gay people of color to gather.

Current owner Jeff Smith is still "trying to determine at this point what my next step will be."