We've been waiting for years to read this story, and lo, it has come to pass: A young woman fell Monday night from one of the many pedal bars prowling the city, and was then run over by the rolling party vehicle. 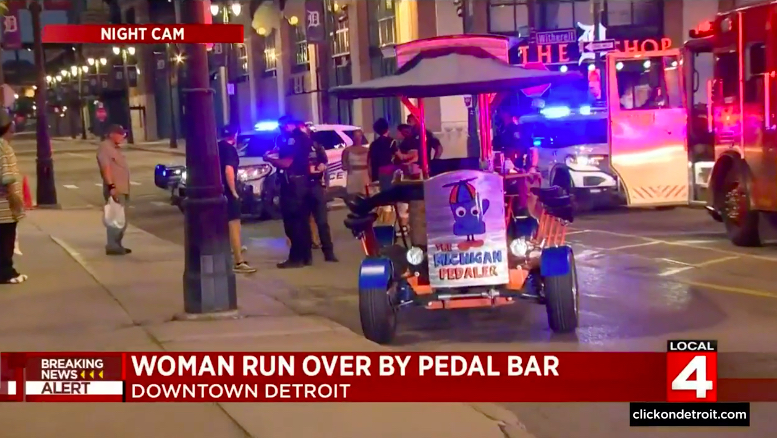 What can stop a pedal bar? We found out Monday. (Photo: WDIV)

While she was taken from the scene in an ambulance, she was awake and talking to EMTs, and did not appear to be seriously injured after the mishap.

Officials say the woman became disconnected from the pedal bar where she fell underneath and got ran over by The Michigan Pedaler.

Police say they are talking to the other riders who were on the pedal bar to get more information.

There's not much more information than that, sorry.

Pedal bars have been a popular attraction downtown for several years. Seating six or eight revelers on what appears to be a motor-assisted bicycle/golf cart hybrid, they drive slowly along the street while the people aboard drink and say WOOOO to passing motorists and pedestrians.

Their seagoing equivalent, the tiki boat, followed a couple of years back. We're still waiting for a newsmaking accident aboard one of those. Perhaps a mutiny. 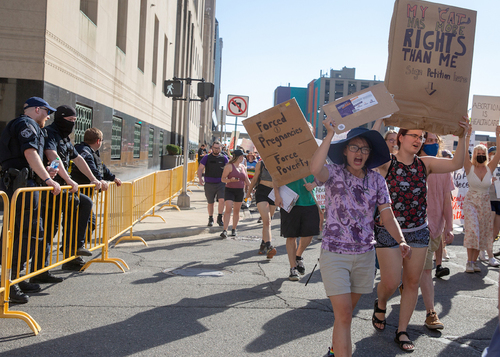 Planned Parenthood: Requests for Michigan abortions up 50% since Roe's fall 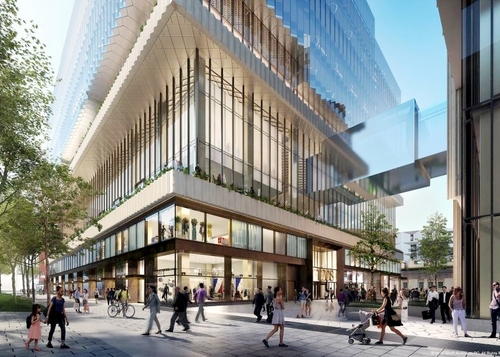