Macomb's top elected law enforcer is back in the news for a familiar reason -- unseemly behavior with women.

Here's the latest, from the Detroit Free Press:

An independent workplace investigation into Macomb County Prosecutor Peter Lucido concluded that he made inappropriate statements containing sexual comments and/or sexual innuendo and that he used county personnel and other resources for personal and some campaign-type activities.

A nine-page memorandum [was] produced after a months-long investigation by Butzel Long law firm of workplace complaints.

The firm's investigator spoke with 16 past and present staffers at Lucido's office in Mt. Clemens, and writes that the prosecutor "refused to appear." His attorney tells the Freep the report "is nothing more than a collection of unchallenged complaints."

Below is some of what he reportedly said and did. Butzel Long's memo is here. 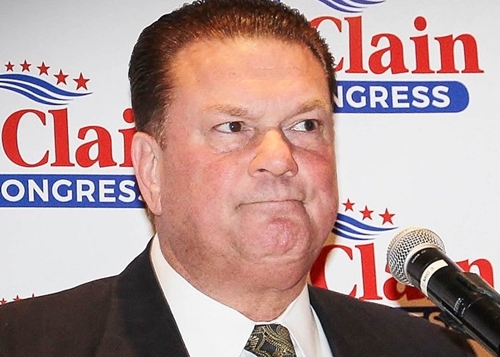 Deputy County Executive Andrew McKinnon tells the paper he and County Executive Mark Hackel will determine whether to take any actions against the elected prosecutor. The report recommends Lucido receive training in gender, sexual orientation and racial bias. It suggests the county could "force Prosecutor Lucido to comply with applicable law and any applicable county employment policies."

"This falls far below our expectations with treating staff with dignity and respect," [McKinnon] said. "That's something we're not OK with." ...

County Corporation Counsel John Schapka said: "If this investigation scrutinized my workplace conduct and reached these findings of fact, I would have been fired by now."

Two years ago, while Lucido was a state legislator, the Senate majority leader -- a fellow Republican -- removed Lucido as chair of a committee after a months-long Senate Business Office investigation into sexist comments by him. He was required to participate in additional training about how to avoid workplace harassment.

That came after Michigan Advance reporter Allison Donahue wrote about Sen. Lucido's sexist comments toward her. Among his many statements, Lucido told Donahue visiting teen boys they could "have a lot fun" with the young journalist.