They are about as different as Oakland Count and Detroit.

Oakland International, Laitner writes, "is studded with sleek corporate jets, sharing space with small private planes. Its terminal, tower and runways are state of the art. Hundreds work there at good jobs, flying charter and corporate passengers as well as cargo, adding up to $175 million a year in economic impact." 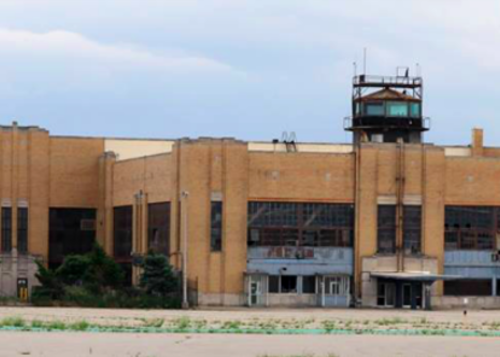 The city-owned airport at Conner and Gratiot on Detroit's east side "has a distinguished history, starting with its Art Deco hangars designed in the 1920s by metro Detroit’s legendary Albert Kahn. These days, weeds grow on the runways, hours pass without a takeoff and Kahn’s monumental hangars look decrepit."

Oakland International takes no funds from local taxpayers. Detroit's regional airport requires $2 million a year from the city's general fund, and it hasn't received any government grants in more than a decade, Councilman Scott Benson told Laitner. That won't change until the city receives a green light from the Federal Aviation Administration, in the form of the long-awaited approval of an FAA Airport Layout Plan.

'The Week That Was:' Are Michigan Races All About Abortion and Trump? Plus, a Detroit Coney Update.