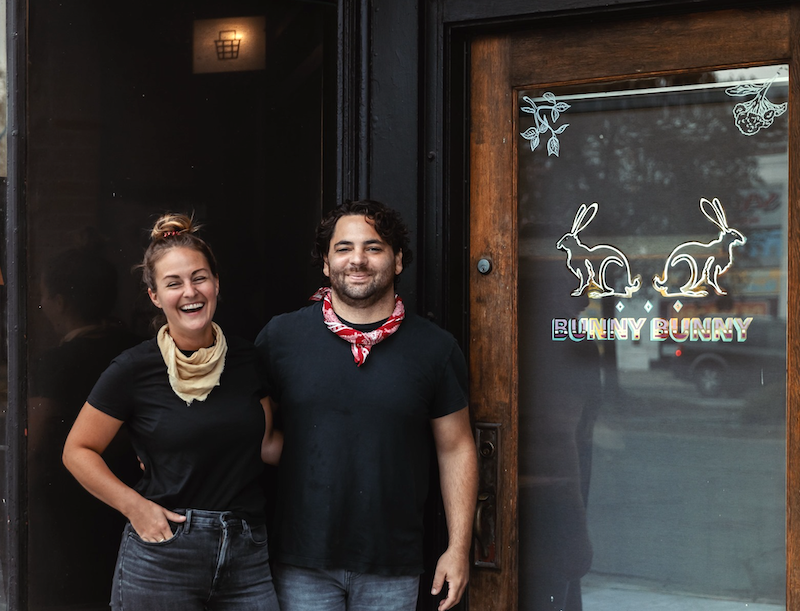 The restaurant business, which never was easy, is even tougher these day with the impact of the pandemic.

Jennifer Jackson and Justin Tootla, owners of Bunny Bunny, a small restaurant at 1454 Gratiot near Eastern Market, announces on social media that September will be their last full month. Oct. 3 is the actual closing date.

The restaurant opened two years ago and was featured on "Under the Radar Michigan," a Detroit Public TV program hosted by Tom Daldin.

"What a wild time to open a restaurant," they post. "This has been one of the most challenging things we have had the pleasure of doing. We've laughed. We've cried. And we've cooked our asses off. But as they say, all good things must come to an end. September will be our last month of Service."

"The cost of doing business is just too much for us to keep up with, and Bunny is just not viable in its current format."

The restaurant, named after the couple's favorite campfire game, originally focused on regional Chinese cuisine. A year later, the menu was changed to reflect the cuisine of the American South and the flavors of India and South Africa

The restaurant says "we'll soon be announcing plans for the space. But for now we'll be available for private parties, pop-ups."