Starkman: The Passing of My Uncle Jerry, Detroit's Specs Howard 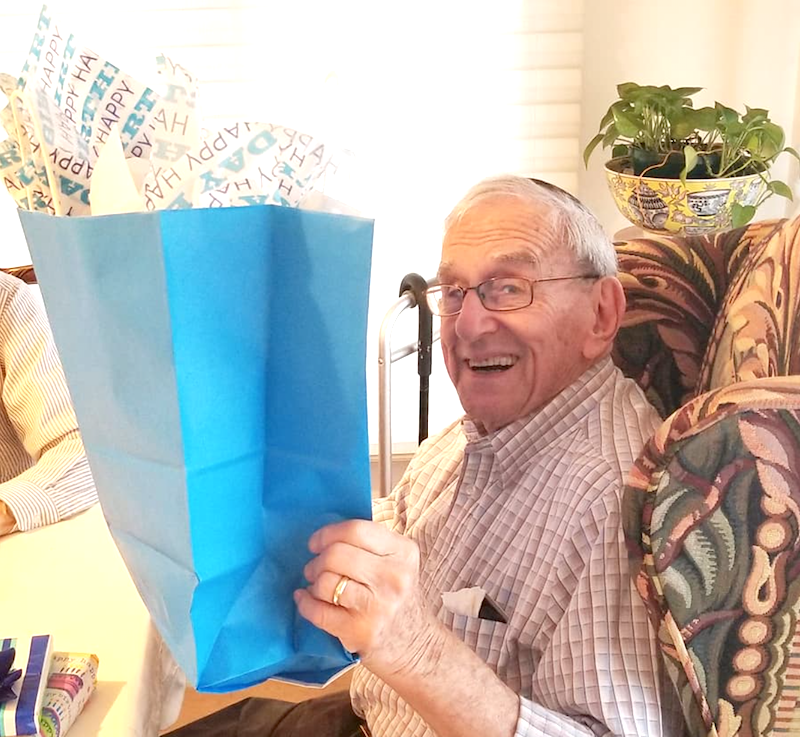 My Uncle Jerry, a bigger-than-life influence who survived polio and went on to become one of America’s top rock 'n roll disc jockeys, died early Saturday. That he lived until 96 and beat prostate cancer and melanoma underscored the power of his positive thinking and a lifetime of ignoring dire medical prognoses, including being told multiple times that he’d never walk again.

My Uncle Jerry, which is what I called him even upon reaching adulthood, was known to Metro Detroiters as Specs Howard, the founder of an eponymous broadcasting school that trained thousands for radio and television careers over the decades. But those who came of age in Cleveland when rock 'n roll became a powerhouse genre remember my Uncle Jerry as the straight man in a comedic morning radio duo known as Martin and Howard.

My Uncle Jerry’s producer was Dick Orkin, who became an award-winning radio advertising creator. Orkin was also the creator of a syndicated spoof called Chickenman, a hapless crime fighter possibly modeled after “Congo Curt,” a Tarzan spoof created by my Uncle Jerry and his partner Harry Martin, a former San Diego disc jockey.

Jim Goldurs, a Cleveland radio personality, in 2018 declared KYW, the Westinghouse-owned radio station where my Uncle Jerry worked and one of the first rock & roll stations in the country, as being “regarded by many as the best lineup of radio personalities at any station ever.” 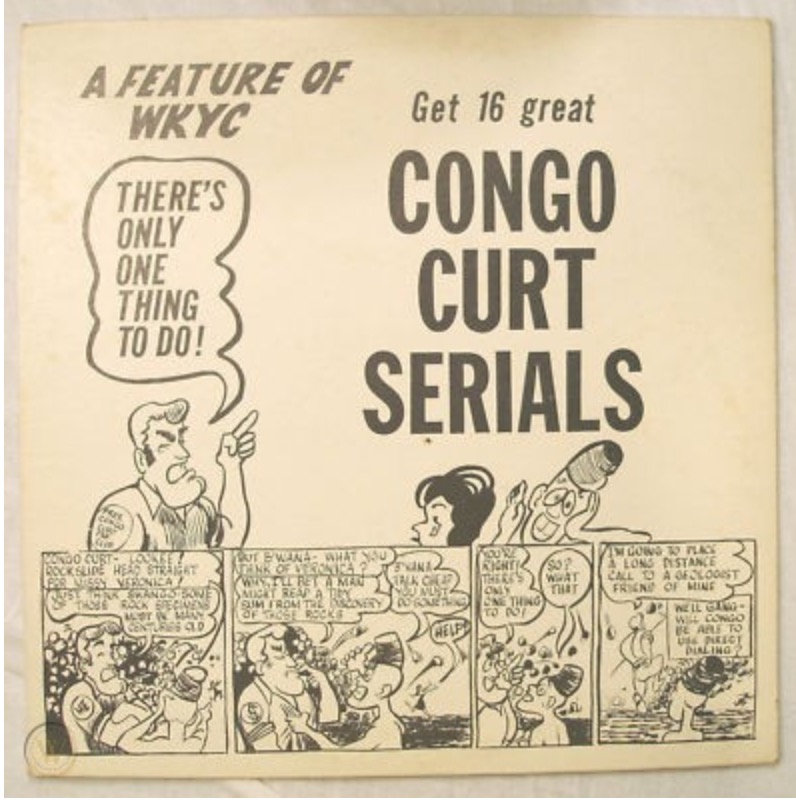 Westinghouse subsequently sold KYW to NBC, which renamed the station WKYC. In 1966, when I was visiting my grandmother in Cleveland, my Uncle Jerry took me to work with him at WKYC, where he was working solo that day. From that moment on, I dreamed of being a rock DJ, forever fantasizing about becoming the morning man at CKLW, a former powerhouse Top 40 station housed in Windsor that in the '60s and early '70s was one of the most influential radio stations in the U.S. and Canada.

Alas, I lacked my Uncle Jerry’s mellifluous voice and his sense of timing and came to accept that radio wasn’t my calling. But my awe of my Uncle Jerry remained unabated, and not only due to his radio success.

Uncle Jerry, whose real name was Julian Liebman, was born in Kittanning, PA, a borough 44 miles northeast of Pittsburgh. As a young boy he was afflicted with polio, a disease that left him with one leg shorter than the other, causing him to walk with an awkward gait. When he reached adulthood, Uncle Jerry suffered from post-polio syndrome, a progressive weakness that causes severe pain and fatigue of the muscles and joints. The weakness caused multiple falls, and Uncle Jerry was told multiple times throughout his life that he’d never walk again.

I visited with him after one of his disastrous falls when he was home confined and was taken aback by his decidedly upbeat mood. Uncle Jerry shared with me that his doctors had advised him he’d never walk again.

“Doctors have been telling me all my life that I’d never walk again,” he said defiantly. “They don’t know what they are talking about.”

Given his lack of mobility, Uncle Jerry was an avid reader of books, possibly the only person who got their money’s worth joining the Book of the Month Club, a once popular subscription-based service offering members five to seven books every four weeks. He was always up to date with current events, as he read both Detroit’s dailies and watched the evening news.

The lady from Hadassah

Uncle Jerry worked at various small stations in Pennsylvania, where at one of them he met my Aunt Ceil, who was visiting from Pittsburgh to do  public affairs promotion for Hadassah, an American Jewish women’s volunteer organization. Pointing to my aunt, the station owner told my Uncle Jerry, “You're Jewish, she’s Jewish, you should ask her out.”

He did, and they hit it off, despite being a rather odd couple. My Aunt Ceil was the daughter of an Orthodox rabbi, and she observed all the Jewish holidays, which meant no working on the Sabbath and a myriad other religious observances that even many Jews don’t know about. Marrying my aunt required an adoption of the Orthodox lifestyle and customs, which my Uncle Jerry agreed to. 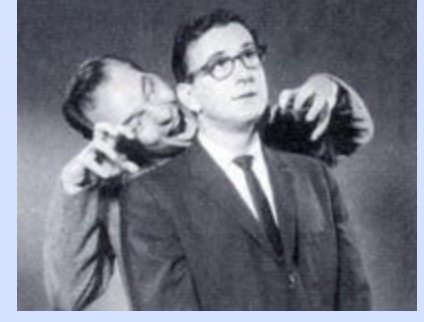 Harry Martin, my Uncle Jerry’s former radio partner, once quipped that while they were together for five years, Uncle Jerry only worked three of those years because he was off celebrating Jewish holidays the other two.

Uncle Jerry and Aunt Ceil found their way to Cleveland, where Uncle Jerry landed a job as a staff announcer. In 1962, Westinghouse launched a nationwide search to pair my Uncle Jerry, who was deemed a straight man, with a zanier personality. Harry Martin, a San Diego disc jockey, answered the call, despite being offered a job at a major radio station in New York City. Such was the prestige of Cleveland radio in the early 60s.

The Specs Howard radio name was given to my uncle by a station manager. Specs referred to his signature thick eyeglasses. Howard was a name randomly chosen from a telephone book. In those days, radio announcers were expected to have generic, easy to remember names devoid of any ethnicity.

Harry Martin and my Uncle Jerry clicked from the get-go, and they were instant ratings hits, as were the other members of KYW’s lineup. Among their claims to fame was saving a Beatles concert from cancellation.

The Fab Four were set to play at Cleveland’s Public Hall in 1964 when the local sheriff was all set to shut the place down because teenagers were too rowdy. Despite the concert being sponsored by a rival radio station, Martin and my Uncle Jerry went on stage and pleaded with the audience to tone it down, or the concert would be canceled. The audience heeded the warning. 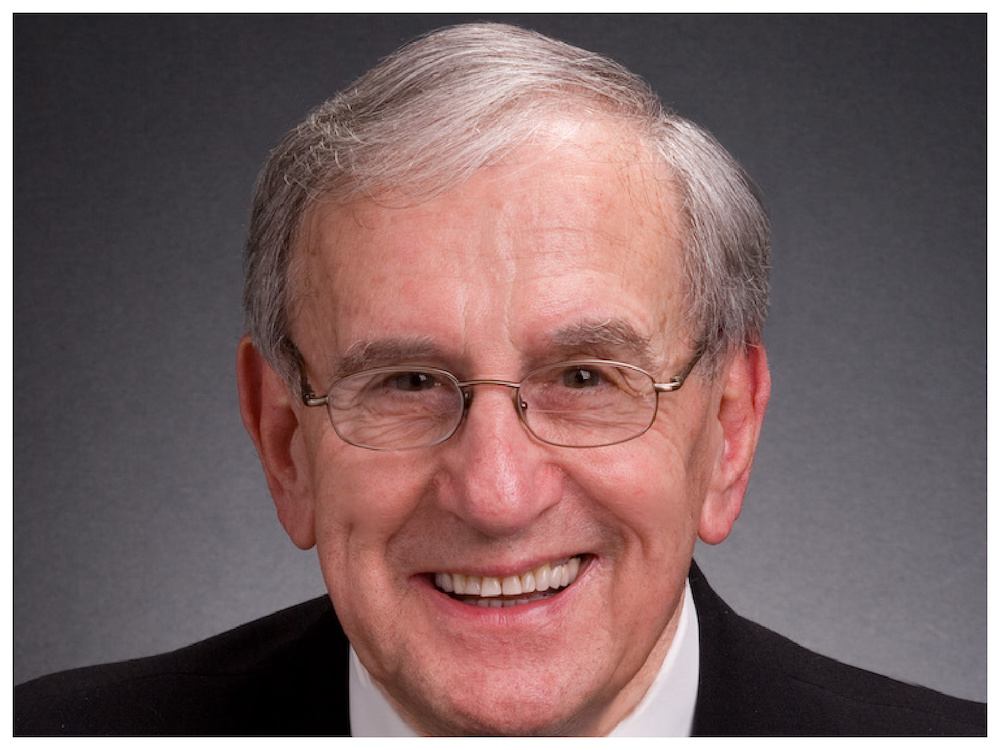 In 1967, Uncle Jerry and Martin accepted an offer to join ABC-owned WXYZ radio in Detroit, which was then a rock station. Unfortunately, ABC changed the format to so-called middle of the road, which was the kiss of death for Martin and Howard. The network bought out their two-year contract before it expired.

Not wanting to live his life at the mercy of ratings, Uncle Jerry founded his radio school in 1970, which achieved considerable success and acclaim. He worked at the school until it was merged with Lawrence Technological University in Southfield last August.

As for Harry Martin, he returned to San Diego radio. He died in 2009.

There are few people whose company I enjoyed as much as my Uncle Jerry. He was a delight to talk with, not only about the glory days of radio but pretty much on any subject. And given the health challenges he endured throughout his life, he was the embodiment of what it meant to “roll with the punches.”

No doubt what sustained him was a commitment to family. My Uncle Jerry and Aunt Ceil were soulmates and always seemed to get along famously. Their four children spawned quite an extended family: 14 grandchildren and 14 great grandchildren.

Although intellectually I knew it wouldn’t be the case, Uncle Jerry’s grit and ability to overcome adversity made me feel like he’d live forever. Losing him is a major blow.

A graveside funeral service will be at noon Monday at Nusach H'ari Cemetery in Ferndale.

Reach the writer at eric@starkmanapproved.com.